What is a Michelin Star? 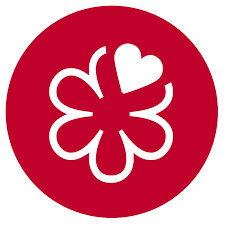 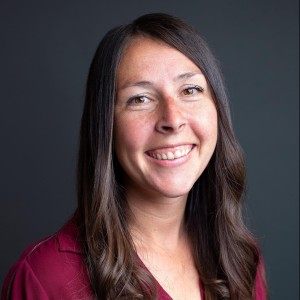 If you think of a tire company when you hear the word ‘Michelin,’ you’re not wrong. Michelin is the second largest tire manufacturer in the world. From the Bugatti Veyron to the space shuttle, their tires have been behind the scenes of countless major world events. But did you know that the Michelin tire company also gives the most prestigious awards a restaurant or chef can receive? These awards are called Michelin Stars. So what is a Michelin Star? And how on earth did a tire company evolve to be the world’s top judge in the realm of fine dining?

History of the Michelin Star

The history of the Michelin Star starts over 100 years ago, at the beginning of the automobile boom in France. The Michelin Brothers, Edouard and Andre, had started a local tire company that was known for its unique invention of the replaceable air-filled tire. Their product was genius, but the customers were few. As part of a new marketing plan, they decided to start a travel guide for motorists. With the automobile market growing rapidly, they saw a need for longer distance travel guides. In their guides they included useful information for drivers, such as maps, tire repair and replacement instructions, gas station locations, and mechanic locations. And yes, you guessed it, they also included restaurant and hotel recommendations.

The Michelin Guide became an instant marketing success. While the guide itself was distributed free of charge, it gave their tire company the attention and customers that they were looking for. In 1904, the brothers expanded the guide to other countries, starting with Belgium, Italy, Germany, and Spain. By the 1920’s, the restaurant section of the guide had become the most popular. The Michelin brothers saw this as a new opportunity they couldn’t pass up. In an effort to expand and improve the restaurant listings in their guide, they recruited a team of full time “inspectors” that would travel the country, anonymously visit restaurants, and review them. In 1926, they introduced stars to indicate which restaurants were the very best. And that was the beginning of the Michelin Star rating system. Initially, only single stars were awarded, but in 1931, the 3 star system was established.

Why are Michelin Stars so Prestigious?

Today, the 3 star rating system, the anonymous inspectors, and the Michelin Guide, are still a huge success. Receiving even just one Michelin Star is considered to be one of the most prestigious awards a chef or restaurant can get. But why is so much value placed on the Michelin Guide? One reason is simply because of its long and consistent history. The guide has been published every single year for over 100 years, in many different countries. It’s stood the test of time through wars, recessions, and ever-changing technology.

Marketing strategies is another reason the system has become so valuable. Because the Michelin brothers gave the guide out for free for the first 20 years, they weren’t relying on its income to continue producing it. Instead, they were relying on the income from Michelin Tires, which was boosted by the free guide. This income boost gave them the ability to invest financially into the guide, which in turn made it more valuable. By hiring full time professional food critics to travel the world and review restaurants, the Michelin Guide became a very unique and highly reliable restaurant guide.

Exclusivity is possibly the biggest factor when examining why Michelin Stars are so prestigious. When the automobile industry was just beginning, it was only the rich and famous that could afford to buy a car. So naturally, the Michelin Brothers geared the guide towards this demographic. As a result, the standards for which restaurants to include in the guide were kept incredibly strict and elitist. Only the best of the best were included. Although the restaurants in the Michelin Guide are now accessible to anyone who wants to go, the high rating standards have remained the same.

Receiving a Michelin Star in today’s world means overnight success for a chef and a restaurant. It means booming business and instant recognition. While this was not the original intention behind the Michelin Guide, it may be one of the biggest contributing factors as to why the Michelin Star is so sought after and valued by restaurants around the world.

So what does the Michelin Star rating system actually look like? The most important part of the rating system is the anonymous inspectors. There are about 150 of them all over the world, and each inspector will visit 250-300 restaurants each year. These visits also include repeat visits to restaurants that already have stars, to ensure that their stars are still deserved.

Restaurants that make the cut will be awarded either 1, 2, or 3 Michelin Stars, with 3 being the best. According to the Michelin Guide, stars are awarded based on “the quality of the ingredients, the harmony of flavours, the mastery of techniques, the personality of the chef as expressed in their cuisine and, just as importantly, consistency both over time and across the entire menu.” While receiving even just 1 Michelin Star is an indication that you are one of the top restaurants in the world, receiving 2 or 3 stars is even more prestigious. To put this into perspective, there are only 13 3-Michelin Star Restaurants in the entire US right now.

Michelin Star Restaurants in the US

The Michelin Guide for the US currently has restaurant guides for 4 regions: New York, Washington DC, Illinois, and California. Florida is set to be added as a new region sometime this year. In total, there are 202 restaurants in the US that have at least one Michelin Star. Dining at a Michelin Star restaurant is guaranteed to be a unique and enjoyable experience, but have you ever considered making it a goal to visit every Michelin Star restaurant in the US? Or in one of the US regions? For serious foodies, this would provide years of some of the best food experiences of your life! And to keep track of your restaurant visits, we made bucket list boards just for the Michelin Star Restaurants! These boards are a fun and unique way to track your visits while proudly displaying them in your home.

Whether fine dining is your thing, or you’re just tagging along with a loved one, your taste buds will thank you when you finally visit a Michelin Star restaurant!

Here at Whake Studios, we are passionate about helping people set new goals, then going out into the world to make them happen. Whether you’re into hiking, traveling, sports, or food, we have a bucket list board to keep you motivated and exploring the world! 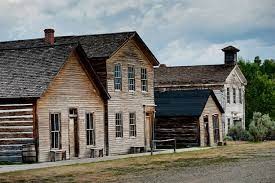 Spooky, haunted, eerie, and creepy may be some of the 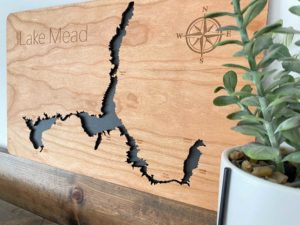 Boating Lake Mead Amidst a Drought

Lake Mead National Recreation Area in Arizona and Nevada is 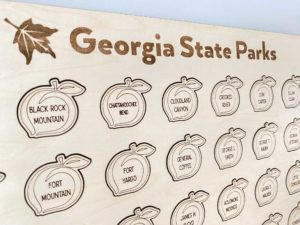 With 45 state parks, Georgia has so much beauty to

FREE SHIPPING ON ALL ORDERS! Dismiss